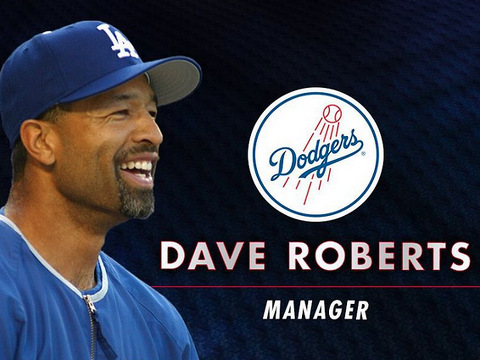 The Los Angeles Dodgers have been in the market for a new manager since the team and former skipper Don Mattingly mutually agreed to part ways back in October. On Monday, reports surfaced that they have selected Dave Roberts to fill that position. While the two sides are still finalizing details and a deal is not expected to be reached until after Thanksgiving, USA Today reports that he will get a three year deal to try and get Los Angeles its first World Series title since 1988.

Roberts played in the Dodgers outfield for the better part of three seasons during his 10-year big league career. However, his most defining moment as a pro came after Los Angeles traded him to the Boston Red Sox in 2004. In game four of Boston’s AL Championship Series against the Yankees, the Red Sox were down three games to none and behind by a run in the bottom of the ninth inning. After Kevin Millar drew a walk from Yankee’s closer Mariano Rivera, Roberts pitch ran and stole second base. He would go on to tie the game in route to a Boston win; their first of eight straight in becoming the first baseball team to ever come from down 0-3 to win a best of seven playoff series. They would sweep St. Louis for their first championship since 1918. Roberts is still something of a hero in Boston for his part in that historic comeback.

While that game four might have been the highlight of Roberts’s playing career, his time in baseball is far from over. Prior to joining the Dodgers, he had been with the San Diego Padres since 2010. He began his time there as a Baseball Operations Special Assistant before rejoining the Padres’ staff as their first-base coach after battling Hodgkin’s lymphoma (he received a clean bill of health by June of 2011). He’d spent the past two seasons as the team’s bench coach.

Unlike a few recent hires, Roberts’s credentials are based on more than just his playing career. Matt Williams, the recently fired manager of the Washington Nationals, was one such example as he had very little managerial experience before getting the job with Washington. Mike Matheny, Robin Ventura, Walt Weiss, Craig Counsell, and Brad Ausmus are other examples of former players who recently ascended to the top spot with relatively little on their résumé to warrant that opportunity. Matheny has experienced the most success from that group, though most insiders would argue that the Cardinals have won more in spite of his efforts than because of them.

Still, despite his credentials, Roberts’s heritage is likely to be a focal point of the conversation surrounding his hiring. His father is African-American while his mother is Japanese making him the first minority manager hired by the Dodgers franchise. While that background is not the reason he was chosen, it is a significant aspect of the decision for the team that first broke the color barrier with Jackie Robinson back in 1947.

However, Roberts will ultimately be judged not on his race or his playing career but on his ability to manage an ever-increasing payroll and the heightened expectations that go along with it. It’s a challenging job and one that wore on Mattingly as the seasons progressed. It’s also understandable that the team’s owners would expect success after investing over $227 million in last year’s payroll; a figure that’s expected to rise as the team courts another front line starter or two this offseason. After all, people want to see that what they devote their time and resources to is worth the investment.

It’s often the same in our spiritual lives. One of the most common reasons why people aren’t more consistent about spending time alone with God is that it can be difficult to see how that investment pays off. I know that’s one of the reasons that I have, and to some extent still do, struggle with having a consistent quiet time.

The problem is that the kinds of rewards we are often looking for are not always what the Lord wants to give. God doesn’t promise wealth and prosperity or even the answers we’re seeking simply because we decide to spend a few minutes with him or crack open the Bible (despite what some might preach). Rather, the promise of God’s word is that as we draw near to God he will draw near to us (James 4:8) and when scripture talks about what God’s presence brings, it speaks not of material gains but of peace (Phil. 4:7), joy (Psalm 16:11), and rest (Matthew 11:29).

If we approach spending time with the Lord with the wrong expectations, we will always be disappointed. God has little interest in rewarding our misguided attempts at coming into his presence because he has little interest in kind of transactional relationship such an approach would foster. Rather, what he wants for us is to know those intrinsic blessings that only he can give. They may not always be easy to see and there will be times where other factors make even his peace, joy, and rest seem out of reach despite coming into his presence. However, a strong relationship with the Lord requires investing consistent time with him. So how are you investing that time today?