Why Steve Jobs had no license plates - Denison Forum

Why Steve Jobs had no license plates 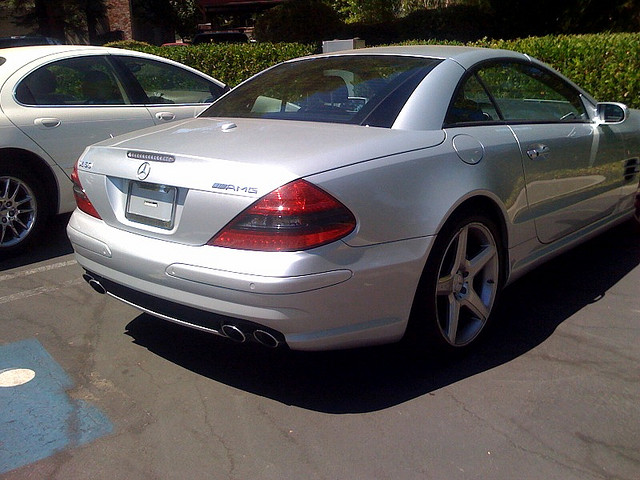 One of the many idiosyncrasies of Steve Jobs was the fact that his Mercedes never had license plates.  People often wondered how he accomplished this.  Did he bribe officials?  Did he know someone who knew someone at the DMV?

This morning we learn the latest alleged answer: Mr. Jobs had an arrangement with a leasing company to give him a new Mercedes SL 55 AMG every six months.  Since California allows its citizens six months to get license plates when they obtain a new car, he was never required to do so.  As a result, no random or personalized grouping of numbers or letters was ever associated with his name.

As the saying goes, Just because you’re paranoid doesn’t mean they’re not out to get you.  It’s easy to worry in a world like ours.  I just learned that hackers are believed to have interfered with U.S. satellites used to observe the earth’s climate and terrain.  What else can they hack into?  The European Union has announced a plan to respond to Greek debt; now investors are worried about Italy.  This morning’s Wall Street Journal reports that Rajat Gupta, one of America’s most-respected corporate directors, was indicted yesterday on six counts of insider trading.  Who else might be defrauding us?

As I was reading Scripture this morning before beginning today’s essay, I was led to meditate on Psalm 3.  As King David fled from his son Absalom’s coup against his throne, he cried out to God, “O Lord, how many are my foes!  How many rise up against me!  Many are saying of me, ‘God will not deliver him'” (vs. 1-2).  We can understand his anguish–many of his highest officials had turned on him and he was being driven out of Jerusalem with nowhere to go.  Surely this was the end of his rule and perhaps his life.

However, David knew better: “But you are a shield around me, O Lord; you bestow glory on me and lift up my head” (v. 3).  Note the tense: you “are” a shield–not you “will be.”  When the king had no human shield to defend him against his enemies, he knew he already had divine protection.  He knew that when he cried out to God, “he answers me from his holy hill” (v. 4).  Though “tens of thousands” of armed soldiers were “drawn up against me on every side” (v. 6), he could sleep in peace “because the Lord sustains me” (v. 5).  The God he could not see was more powerful than the enemies he could.

It is the same with you this morning.  As with Elisha, you are surrounded by an angelic army far stronger than any human foes.  If you need encouragement today, read 2 Kings 6:8-23, one of my favorite passages in Scripture.  Will God do for you what he did for David and Elisha?  Absolutely: “My God will meet all your needs according to his glorious riches in Christ Jesus” (Philippians 4:19).

But there’s a catch: a shield is no help unless you get behind it.  Whose shield are you trusting this morning–God’s or yours?