Our crepe myrtle has webworms 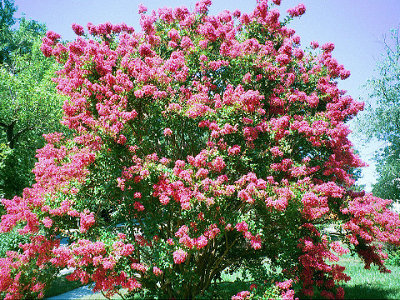 One of the crepe myrtles in our backyard has webworms.  Don’t be misled by the picture accompanying this post–I got it from Wikipedia, not our backyard.  Nor should you be impressed with my botanical diagnosis—Janet had to tell me that the tree (bush? plant?) in question is a “crepe myrtle.”  Then I spent 15 minutes online learning that the spiderweb-looking stuff on its branches (limbs?) is caused by webworms.  Now I have to spray them with pesticide before they turn our tree into a stick.

I could leave them alone and hope for the best, but the online gurus tell me that’s a recipe for botanical disaster.  I could remove the easy-to-reach webworms and leave the others, but that’s just postponing the inevitable.  The only solution is to kill every pest on the tree.  Either they die, or it does.

Partial obedience would not be enough.  Obedience on the Sabbath would not suffice for the rest of the week.  Obedience when the law made few demands would not protect the people from idolatry, immorality, and the judgment that would result.  So long as they followed God’s decrees and laws, their obedience positioned them to experience his best for the nation.

If I see sin as webworms threatening to destroy everything they touch, I view it as God does.  Who would allow a malignancy to remain in their body?  As invasive as surgery, chemotherapy and radiation can be, they are better than the alternative.

The good news is that God forgives every sin we confess to him (1 John 1:9) and separates it from us “as far as the east is from the west” (Psalm 103:12).  He will do the pruning if we will do the confessing (John 15:2).  The sooner the better—if I kill our webworms today, they won’t kill more of our tree tomorrow.

Are there webworms in your soul?