A life under construction

A life under construction 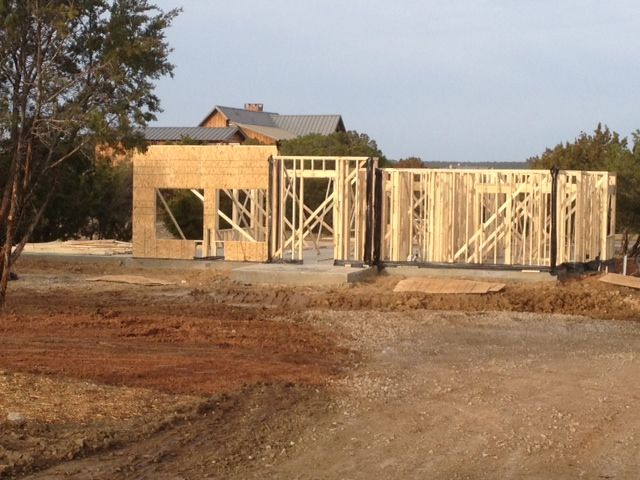 I was hiking this morning and came upon a construction site.  The framing has begun, and the house is starting to take shape.

As I contemplated the project, the thought occurred to me: I am under construction as well.  An Architect designed me and crafted my initial building.  The house that is my life has been growing ever since.  There have been setbacks along the way, days when I took the tools from the Architect and chose my plans over his.  There have been times when it seemed nothing much was going on, and times when construction moved more quickly than I would have liked.

When I was 15 years old, I invited the Architect to move into my house and he has never left.  On my good days, I begin the morning with him and stay in touch all day as we build together.  On my bad days, I spend a few minutes in obligatory conversation with him before working in my own ability and wisdom.

As I considered all this, a parable by C. S. Lewis, borrowed from George MacDonald, came to mind:

“Imagine yourself as a living house. God comes in to rebuild that house. At first, perhaps, you can understand what He is doing. He is getting the drains right and stopping the leaks in the roof and so on: you knew that those jobs needed doing and so you are not surprised. But presently he starts knocking the house about in a way that hurts abominably and does not seem to make sense. What on earth is He up to? The explanation is that He is building quite a different house from the one you thought of—throwing out a new wing here, putting on an extra floor there, running up towers, making courtyards. You thought you were going to be made into a decent little cottage: but He is building a palace. He intends to come and live in it Himself.”

Jesus said, “If anyone would come after me, he must deny himself and take up his cross daily and follow me” (Luke 9:23).  Do you suppose this process of letting God build my cottage into his palace is an example of the kind of surrender he meant?  When last did you give the tools of your construction to him?